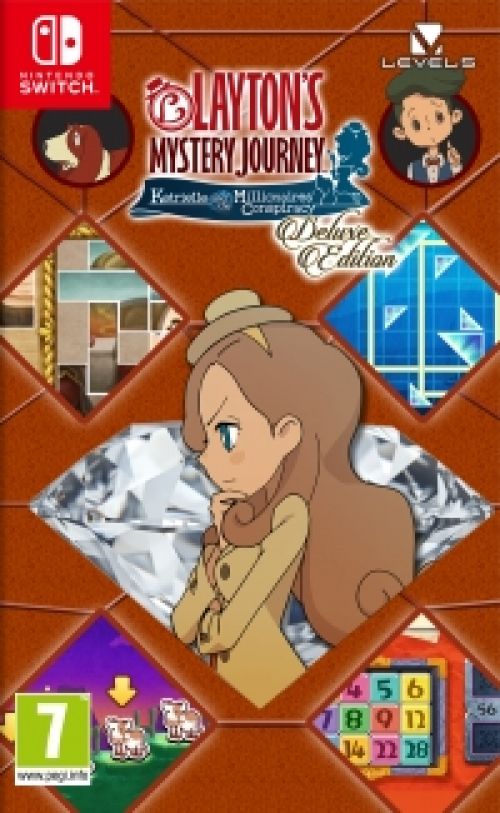 Professor Hershel Layton has gone missing and it's up to his daughter Katrielle – a smart and spirited young lady with a knack of uncovering the truth in spite of paltry evidence – to take centre-stage in LAYTON'S MYSTERY JOURNEY™: Katrielle and the Millionaires' Conspiracy - Deluxe Edition for Nintendo Switch!
She's aided in her endeavours by a colourful cast of characters, including a young student named Ernest Greeves who acts as her assistant and Sherl, a talking dog who begins as Katrielle’s first client but quickly becomes her sidekick.
This marks the first time that a game from the famous mystery series is playable on TV screens, providing the perfect opportunity for would-be sleuths to share the joy of puzzle-solving with friends and family. The controls are as simple and intuitive as ever, with the game playable using either button or motion controls. The Nintendo Switch version also has a host of new content and updated gameplay features, so there's plenty for longtime fans of the series and newcomers alike to wrap their brains around!
-New Puzzles: This Deluxe Edition includes more than 40 brand-new puzzles and other puzzles modified from the Nintendo 3DS version, to extend the fun and make the game even more family-friendly.
-Improved Layout and Enhanced Graphics: Key information for each puzzle is now viewable on one screen, and all graphics have received an HD overhaul.
-Unlocked DLC: Content previously released as paid DLC, including the 'Daddy’s Girl' and 'Luke Lookalike' outfits, is unlocked from the very beginning.
-New Outfits: More than 50 new outfits have been added, all of which can be obtained by playing the game.